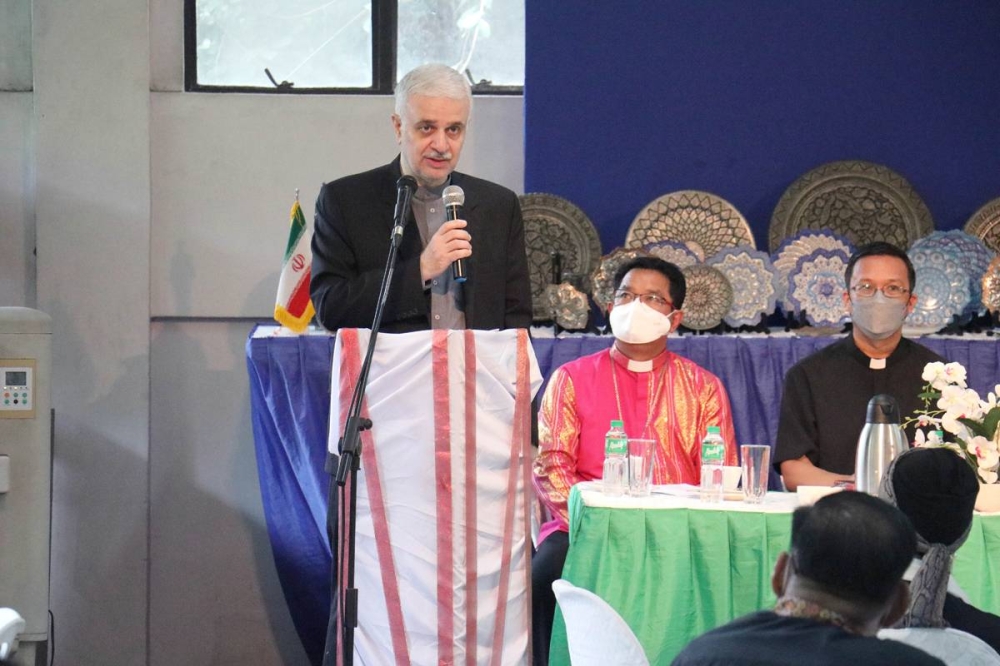 To commemorate the 33rd anniversary of the death of the leader of the Islamic revolution Imam Khomeini, the cultural section of the Iranian Embassy, ​​the Church of the Risen Lord of the University of the Philippines, the ecumenical community of the Church of Manila and the Diocese of Metro Manila, Iglesia Filipina Independiente jointly organized a forum titled “The Role of Morality in Nation Building”. It was held at the UP Church of the Risen Lord in Diliman, Quezon City on June 1.

Imam Khomeni is an Iranian political and religious leader who believed that if governments are bound by moral principles, human life will evolve and societies will prosper. The late leader acknowledged that lack of morality is the cause of various injustices in societies.

“The Imam, the late leader of the Islamic Revolution, tried to implement the various moral issues and put them into practice to better serve human society,” Iranian Ambassador Alireza Totonchian began.

According to him, morality is an indispensable foundation for building an egalitarian, peaceful and just society.

“One of the biggest obstacles on the way to a just society is selfishness,” he said, as it prevents people from contributing to the common good.

Get the latest news

delivered to your inbox

“Politics, on the other hand, is not just a means to empower but rather it is a means to spread equality, peace and justice and to save people,” the Ambassador added.

Speakers at the event included Dr. Henelito Sevilla, Dean, UP Asian Center; Professor Julkipli Wadi, Dean of the Institute of Islamic Studies at UP; Sr. Zeinab Javier, Secretary of the Filipino-Iranian Women’s Friendship Society Incorporated; and Atti. Naser Abinal, from the Imamate Association of the Philippines.

Abinal praised Khomeini saying: “Imam Khomeini was the embodiment of a servant of Allah, the Glorified, the Exalted, who by divine favors, devoted his whole life from infancy to the last day of his life to serve his people and call others to respect the principle of divine justice.”

“Imam Khomeini advances the idea that nations are destined for prosperity and that relations between them will be peaceful if they consider morality at the center of all decision and policy,” he said.

He also highlighted the role of dialogue in building civilizations, “Imram promoted the idea of ​​dialogue among civilizations believing that all nations are naturally peaceful,” he said.

Meanwhile, says Wadi, “absolute power corrupts” especially in politics. He then shared that “the only way to prevent this is to adopt morality as the standard of life.”

Likewise, Javier said the power can be used for good once properly used.

“Power should not be feared or evaded. On the contrary, it should be properly used, nurtured and embellished; by means of a ceaseless adjustment of the additional branches of power, its possible centralization and absolutism can be warded off,” concluded Javier.