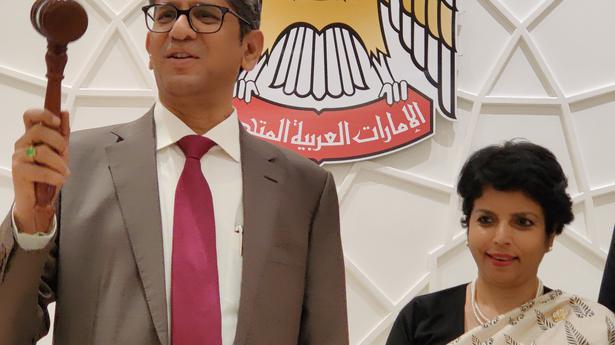 India’s Chief Justice NV Ramana on Thursday praised the expatriate community in the United Arab Emirates (UAE) for sending aid worth millions of dollars to flood-hit Kerala, saying that it showed their deep sense of brotherhood.

He was speaking at a reception hosted by the Indian community in Abu Dhabi. “I remember a few years ago when the state of Kerala faced devastating floods, it was our brothers and sisters in the Gulf who were the first to send immediate relief in millions of dollars to help those in need,” the CJI said.

The CJI said it has raised with the United Arab Emirates (UAE) Justice Minister various issues regarding Indians, especially those in blue-collar jobs, in the country.

“The Honorable Minister has responded positively to my suggestions regarding the speedy execution of the orders/decrees passed by the courts here in favor of the Indians working here. I had the opportunity to address issues related to 175 pending extradition orders and 105 pending prisoner exchange requests… Similarly, the issuance of notifications for the implementation of bilateral treaties also featured in our meeting,” the CJI said. The CJI suggested that the Indian community could set up legal aid centers to help expats get free legal aid in the UAE.