Cabinet probes opposition for demands in return for budget support 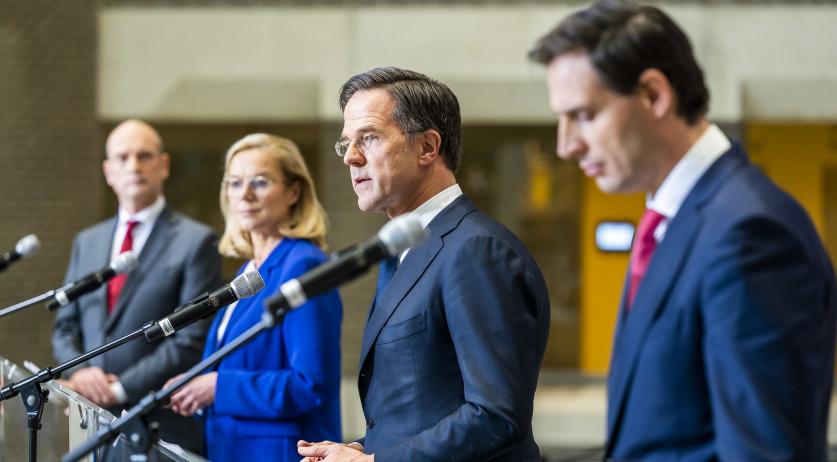 This week, the Cabinet resumes discussions on the spring memorandum, which contains adjustments to the annual budget. Prime Minister Mark Rutte and Finance Minister Sigrid Kaag will start talking to opposition parties to gauge their demands in exchange for support on the budget in the Senate, where the coalition does not have a majority.

The Cabinet is looking for ways to fill a billion euro hole in the budget caused by the compensation of the savings tax, additional investments in Defense and measures to protect purchasing power against the inflation.

It would seem that the coalition intends to tax corporations and wealthy individuals more heavily, with hikes in transfer tax on a second home and for large shareholders in “box 2” of the tax bracket, according to NOS. The Cabinet could also scrap tax relief for expatriates.

Rutte and Kaag have invited party leaders from all opposition parties to the Tweede Kamer, the lower house of the Dutch parliament, for an individual discussion of their wishes, NOS reports. According to Rutte, the Cabinet is working with the opposition because it considers broad support to be essential and because the Rutte IV coalition has agreed to seek links with other parties. “But frankly, of course we are running out of seats in the Senate,” he said last month.

The coalition has 32 seats in the Eerste Kamer, the Dutch Senate, six less than a majority. The Cabinet is open to consultation with all parties but, numerically, it is probably most interested in GroenLinks and the PvdA with their 14 seats in the Senate and JA 21, which is not officially in the Senate but in practice through of the Nanninga faction with its seven places.

PvdA leader Attje Kuiken and GroenLinks leader Jesse Klaver will meet Kaag and Rutte together. Kuiken told WNL on Sunday that his party wanted to tackle inequality, including raising the minimum hourly wage to 14 euros and tackling constructions that prevent more people from getting permanent contracts. Left-wing parties are also very much in favor of increased taxation of the rich.

JA21 wants the state pension to be fully linked to the minimum wage again and plans for nitrogen funds to be dropped.