Bringing out the bunting: British expats in the UAE celebrate the Queen’s Platinum Jubilee 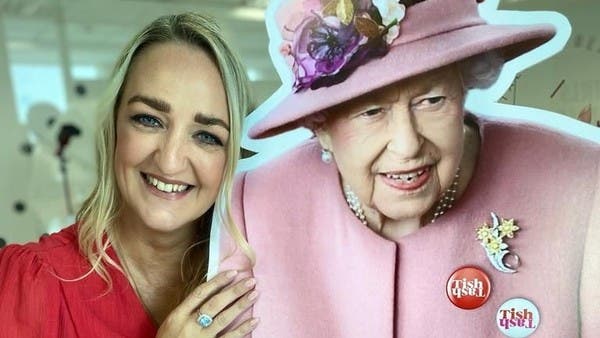 British expats in the UAE have released the bunting, Union Jack memorabilia and even a life-size replica of their precious monarch to mark Queen Elizabeth 11’s Platinum Jubilee.

Ahead of UK celebrations on Sunday June 5, expats are giving a nod to the British monarch on his 70-year reign and many are telling Al Arabiya English they are planning special festivities to mark the occasion.

For all the latest headlines, follow our Google News channel online or through the app.

Jonathan Howell-Jones, a British expat based in Dubai, said: “I am looking forward to our special Platinum Jubilee tea in the afternoon, which will be celebrated at my daughter’s school in Repton in Dubai.

“I have lived here for 20 years in the United Arab Emirates and have never forgotten my roots or my loyalty to the Crown.

“We may be a small island, but Her Majesty Queen Elizabeth has overseen phenomenal changes and challenges to exemplify Britain. As many of my compatriots will say that day, “God save the Queen!”

Natasha Hatherall, founder and CEO of TishTash Marketing Agency, is throwing a British-themed party for all her staff.
“We are having a big party!” she told Al Arabiya English. “We have life-size queens to pose with, afternoon tea, and DIY garlands!”

Across Dubai, restaurants and hotels are also hosting British-themed events to mark this special anniversary.

To celebrate the Queen’s Platinum Jubilee, the Radisson DAMAC Hills is offering a British themed drink in exchange for any coin with Queen Elizabeth on it at the FireLake Grill House restaurant.

The restaurant offers a G&T if you have a coin from these countries; Antigua and Barbuda, Australia, Bahamas, Belize, Canada, Grenada, Jamaica, New Zealand, Papua New Guinea, Saint Kitts and Nevis, Saint Lucia, Saint Vincent and the Grenadines, Islands Solomon, Tuvalu and United Kingdom. Each person is allowed to exchange 1 coin for 1 drink.

A royal themed brunch for the whole family is also hosted at the British seafood restaurant Geales during the weekend, while you can also wave the flag of the British monarchy at the Armani Hotel which serves a British afternoon .

Britain will mark Queen Elizabeth’s record 70 years on the throne this week with four days of celebrations, ranging from military parades and a church service to street parties and a pop concert outside Buckingham Palace.

Elizabeth, 96, marked seven decades on the throne in February, and two public holidays have been set aside to create a four-day weekend for national events commemorating her reign from June 2-5.

It’s unclear how many of them the monarch herself will attend, having been forced to miss a number of official engagements in recent months due to what Buckingham Palace calls ‘episodic mobility issues’. Royal officials say his attendance will be decided on the day.

The four days of events begin on Thursday with the traditional ‘Trooping the Colour’ military parade in central London, which will be followed by a flypast of modern and historic aircraft.

The Queen is also due to make an appearance on the balcony of Buckingham Palace to wave to the crowd.

Friday will see a service of thanksgiving at St Paul’s Cathedral in London, while Saturday the Queen is due to attend the Derby horse race with other family members. Later there will be a concert outside Buckingham Palace, featuring rock band Queen, pop band Duran Duran and American singer Diana Ross.

The celebrations will end on Sunday, with street parties and a show in the British capital.

Elizabeth became Queen of Great Britain and more than a dozen other kingdoms, including Canada, Australia and New Zealand, on the death of her father, King George VI, on February 6, 1952. , while in Kenya for an international tour.