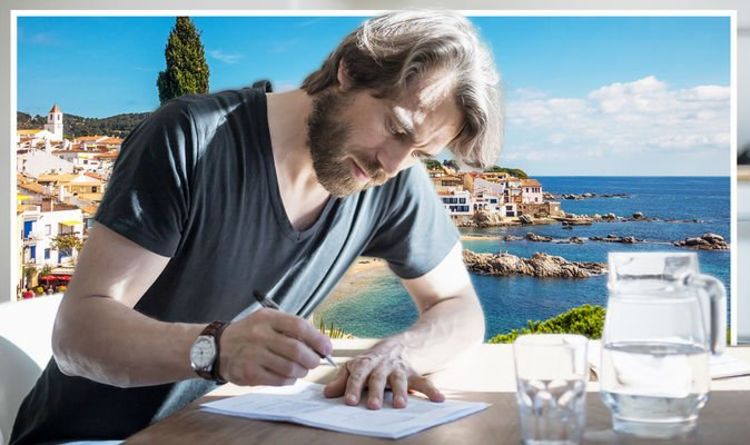 The rate of applications for residence from British expats in Spain after Brexit has slowed in the past six months, according to a new report published this week. A total of 180,000 British nationals in Spain have now received their non-EU TIE residence cards a year and a half after they started issuing the documents. This figure represents less than half of the estimated 430,000 British expats living in Spain, according to the Specialist Committee on Citizens’ Rights, which published the report.

The data shows a drop in the number of successful residency applications, with just 30,000 granted between June and December last year.

This is compared to more than 150,000 Britons who applied for residency last June, the UK Embassy in Madrid said.

As British expats apply for residency, some have faced a heavy-handed response from Spanish authorities, according to Darren Parmenter, a British adviser in Spain.

The Londoner has lived in Spain for 32 years and is an adviser to the PSOE party in the town of San Fulgencio on the Costa Blanca, an area with a high proportion of British expats.

He told Express.co.uk: ‘I understand the Spanish authorities have actually been quite surprised at how many people have waited until 2021 to apply for residency.

“They live here and prove that they have lived here for sometimes five, 10, 15 years.

“And they’re like, ‘well, why have you been gone for so long?’

“Because the rules have always been, since 2007, anyone of any non-Spanish nationality who wanted to live in Spain for more than three months was required to apply for Spanish residency.”

Mr Parmenter was speaking after a meeting with the British consul, the vice consul and the residence advisers of the Babelia Association about the situation.

The adviser said the meeting was about the two different types of TIE residence cards issued to UK applicants.

“The longer it takes, the harder it can be to actually be accepted for residency.”

The TIE (Tarjeta de Identidad de Extranjero) is a small biometric identity card for foreign residents outside the EU.

Britons who already had residency were strongly encouraged to swap their old certificates for the new TIE cards.

Making the change is not compulsory but it makes life easier for Britons when crossing borders and in other situations.

Mr Parmenter said Spanish authorities were now enforcing rules limiting Britons to stays of up to three months in Spain before having to apply for residency.

He said: “People can say it was unguarded or unchecked before Brexit.

“Now it is checked because a passport is stamped or not stamped.

“That’s when people are now sticking to the three month limits they are allowed, whereas before the laws weren’t enforced for some reason.”