Best time to send funds: The Indian and Pakistani rupee will remain weak this week against the US dollar and the United Arab Emirates dirham 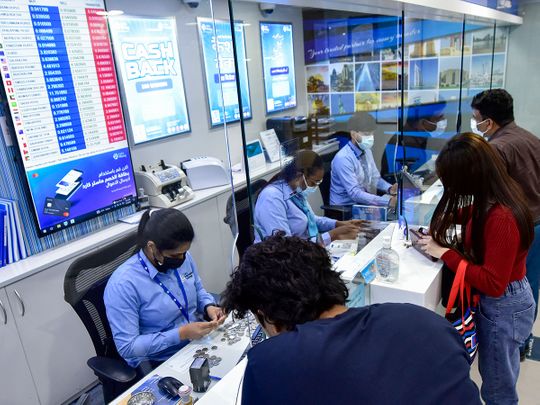 Dubai-based forex analysts assess that the two currencies are likely to remain at the current level against the US Dollar and the UAE Dirham in the coming days. The weakness in the value of the rupee against the US dollar will automatically be reflected in its exchange rate with the UAE dirham, as the currency of the United Arab Emirates is pegged to the dollar.

The depreciation of the Indian Rupee would impact the economy and various segments such as fuel prices, while driving up inflation.

However, the central bank Reserve Bank of India (RBI) is expected to intervene in the foreign exchange market to support the rupiah and prevent any sharp depreciation in the exchange rate. It raised interest rates by 0.5% last week, its second hike by the central bank since May.

On Monday, the Indian rupee slipped to 78 to the US dollar amid a resurgence in dollar strength mainly on expectations of more aggressive US policy tightening.

The Pakistani rupee’s exchange rate had weakened by Rs1.07 against the US dollar in interbank trade on Friday and closed at Rs208.74 against the previous day’s close of Rs207.67.

According to the Forex Association of Pakistan (FAP), the buying and selling rates for the dollar in the open market were recorded at Rs209 and Rs211 respectively. The exchange rates of the UAE dirham and the Saudi riyal, against the Pakistani rupee, increased by 30 paisas to close at Rs56.83 and Rs55.63 respectively.