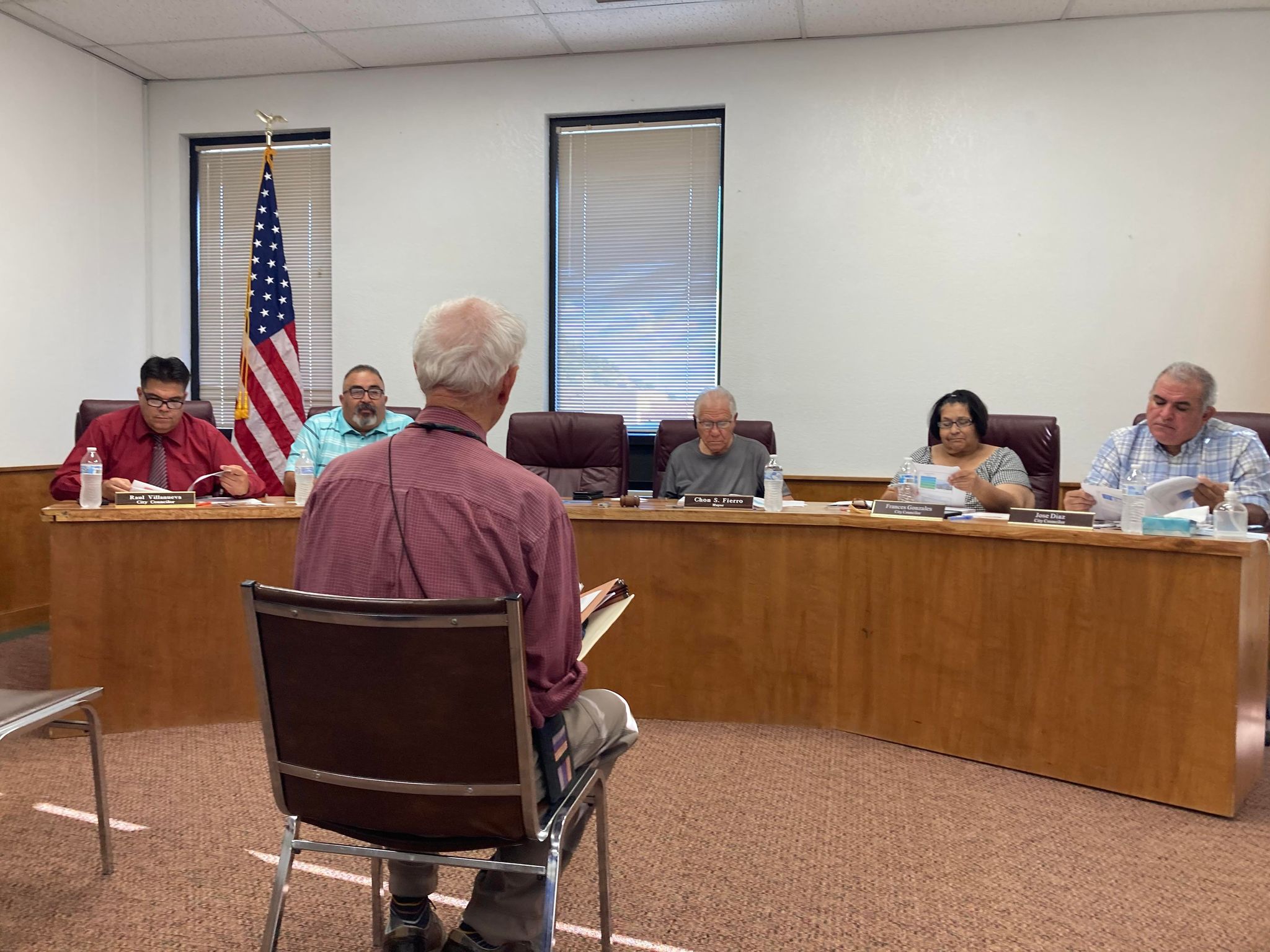 In a public hearing held before their regular meeting, Bayard City Council voted Monday to reject M&M Auto’s application for renewal of the city’s business license.
Resident Steve Gabaree, who lives near the auto shop, opened the hearing by presenting a letter detailing his experiences and the city’s zoning guidelines, and asked council to disapprove the license.
M&M owner Marisa Valenzuela said the company is working to resolve the issues it has been told.
“We don’t have to comply, but we do to keep the peace. We do it to be okay with people — those two people,” she said.
M&M owner Matthew Valenzuela said he makes a living from the business, which he operates to help the community. M&M employee Kenneth Martinez testified to the company’s community value.
“You talk about helping – you’ve cost me over $1,500 in my money,” resident Selina Crespin said.
She spoke out against the business and called it “dangerous”, telling the council of the company’s second location, which she said would lead to bringing “waste” into the city.
The Valenzuelas explained that the excess cars in their business are due to the owners not being able to pay for repairs, forcing the store to keep them on site.
Council then moved into closed session, after which it requested the presence of the city’s code enforcement officer, Joseph Carlos. They questioned the officer about the two citations he had issued to the company, as well as what he had seen during his visits. The board then adjourned the hearing and moved on to the regular meeting, where it voted to disapprove the license application before moving on to other matters. Advisors said M&M Auto can reapply for a license after resolving all of the cited issues.
After extensive discussions with the community, council voted to approve a Notice of Intent to Increase Utility Rates, a Notice of Intent to Pass Regional Wastewater Service Increases and to Pass a Resolution approving the budget for the 2023 financial year.
During the public intervention, resident Steve Potts filed a complaint against prosecutor Edna Reyes, who he said failed to inform the officer who arrested him after a burglary he had been accused of. witness.
Potts said the case has yet to go to trial and that on several occasions Reyes did not inform himself or the officers when the trial was moved.
Councilman Raul Villanueva said the council would be happy to write a letter to the district attorney’s office about it, but advised Potts to go to the prosecutor himself and tell the victim of the break-in d approach the prosecutor.
Resident Jade Wilson also updated council on the Bayard Beautification Committee bingo fundraising event on Sunday July 31st.
Ken Hughes of Sustainable Communities came to discuss Bayard’s potential membership, for a fee of $1,000 per year. Councilor Frances Gonzales said she felt it would be beneficial to the community and asked to have a discussion on membership as an action item for the next meeting.
The board approved the consent agenda, which included the July 11 regular meeting minutes, the July 25 accounts payable report, and the approval of the June police report.
The consent agenda also included approval for administrative staff, council and the mayor to attend the Municipal League of New Mexico conference, approval for Judy Diaz to attend a management seminar police records in New Mexico and approval for Anthony Aveles, Adrian Badillo and Mikey Paez to attend Singer Valve training.
The adoption of the consent agenda also approved the resignation of Director of Public Works Anthony Aveles, although councilors agreed to discuss Aveles’ letter of resignation at a later executive session.
The council appointed Tina Forgas as a board member of the Bayard Housing Authority and appointed Gary Arellano as a training officer for the Bayard Volunteer Fire Department. They also approved the June 30 financial report and budget adjustments, and approved the city’s uniform policy. The board also approved a 25-cent raise for the certification of procurement officers Marlena Valenzuela, Tanya Ortiz and Michelle Holguin, effective July 30.
Councilors postponed discussion of the municipal court budget with Judge Jose Sandoval, as well as approval of a 30-day extension to the introductory period for Michelle Holguin and Joseph Gomez, pending discussion behind closed doors .
All council members were present. City employee Tanya Ortiz replaced clerk-treasurer Kristina Ortiz, who was on vacation.
The next regular council meeting will be August 8 at 6:00 p.m.