Asian Cup & the many mysteries: The Tribune India 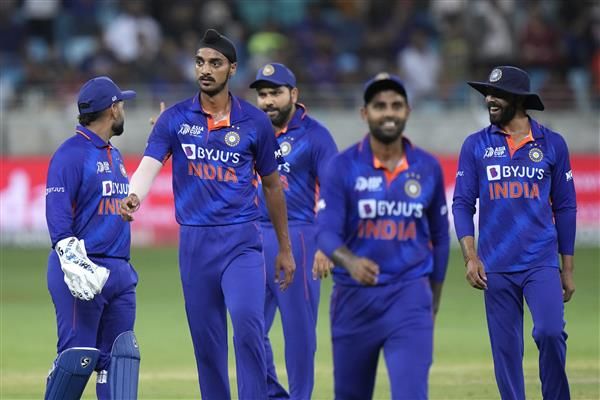 Try to savor the irony of Rahul Dravid’s current situation, after the team was hammered in the Asian Cup. Dravid was the man who persuaded Sourav Ganguly and Sachin Tendulkar to skip the first T20 World Cup in 2007 – the idea was that even a T20 World Tournament was a non-critical (read: frivolous) event, not important enough for the three legends.

Dravid, now the head coach, is being criticized for the team’s failure in the T20 Asian Cup. He tries to defend himself: “It’s not because we lost a few games that we are a bad team.”

He’s right, but his words won’t be much comfort to the T20 format fan; this form of cricket offers its fans breathtaking highs and lows in three hours. It’s very challenging and exciting, but the typical T20 fan isn’t particularly nuanced about the differences between the three cricket formats. He’s looking for a Test match-like consistency in T20 cricket – but that’s something that just doesn’t exist. Dravid’s words won’t carry much weight with this fan – the knives are out, and even former Indian players such as Saba Karim think Dravid’s honeymoon as a manager is over.

Try to draw a model from it, will you? No, you won’t find any logic or pattern here – that’s the nature of T20 cricket. It’s a format designed for underdogs, in which the modest skills of underage players can match and even surpass the vastly superior skills of the game’s greats for a brief period. For example, in isolated parts of India’s match against Hong Kong, the island’s team’s unnamed non-stars clashed with India’s superstars – Arshdeep Singh was hammered for 44 runs in his four overs , and Hong Kong went 152/5 in 20 overs. And then Pakistan routed the gang of expatriates from Hong Kong for 38 races!

Afghanistan’s performance throughout the tournament won many hearts – they shocked Sri Lanka and Bangladesh, and came close to Sri Lanka before giving Pakistan an almighty scare in Super 4 matches. The history of Afghanistan is edifying for sentimental reasons. Just over a year ago, when the Taliban routed the army and seized Kabul, the future of sport in the country was in jeopardy. When the Taliban last ruled Afghanistan, between 1996 and 2001, they imposed severe restrictions on sport and stadiums were turned into places of public execution. They tolerated cricket, however, probably due to their close affiliation with Pakistan, where a large number of refugees took up the sport. After the ousting of the Taliban in 2001, cricket grew at an explosive rate.

Since coming to power in August 2021, the Taliban have implemented tough laws based on their reading of the scriptures: most forms of public entertainment are banned and women’s sport has been wiped out. But men’s cricket enjoys immunity, and the Afghanistan Cricket Board is trying to upgrade facilities in Kabul and expand the sport to more and more parts of the country. However, ACB is facing financial problems because the world has severed its ties with Afghanistan and the banking and foreign exchange systems have been disrupted.

Afghanistan’s fiery performance in the Asian Cup is therefore creditable. It brings joy to a country where joy has been banned by decree.

An Asian Cup win would bring joy to two other desperate nations, Sri Lanka and Pakistan, when they face off in the final. Both are facing serious financial problems – Sri Lanka has defaulted while Pakistan has been close to default. Pakistan was also hit by a catastrophic flood which destroyed lives, livelihoods and crops.

Then again, can a victory in a cricket tournament be a comfort to those who have lost loved ones, homes, hearths, livestock and food, to a natural disaster?

The Asian Cup has brought home some ugly truths about South Asia: there is a deep historical chasm among the fascinating spectrum of people who live here. This was seen in the case of Arshdeep Singh after his failed take on Pakistan. There is anger between Pakistani and Afghan fans after their hard-fought Super 4 match. Years ago, a Pakistani Punjabi aunt in London told this writer: “The people who came from UP and Bihar to Pakistan in 1947 were fitna — troublemakers! She harbored a similar distrust of Pathans and Sindhis.

After the Pakistan-Afghanistan match, this distrust of the Pathans is now played out in mainstream Pakistani media – Shoaib Akhtar and Javed Miandad have said that the Afghan players are ungrateful. After Naseem Shah hit Fazalhaq Farooqi on match-winning sixers, Akhtar, a Punjabi, said, “Pathan beat Pathan!” Afghan refugees are ridiculed as menial workers and street vendors. But the problem is that it is impossible to distinguish a Pakistani Pathan from an Afghan Pathan! A cricket match started it all. Is sport really worth it?