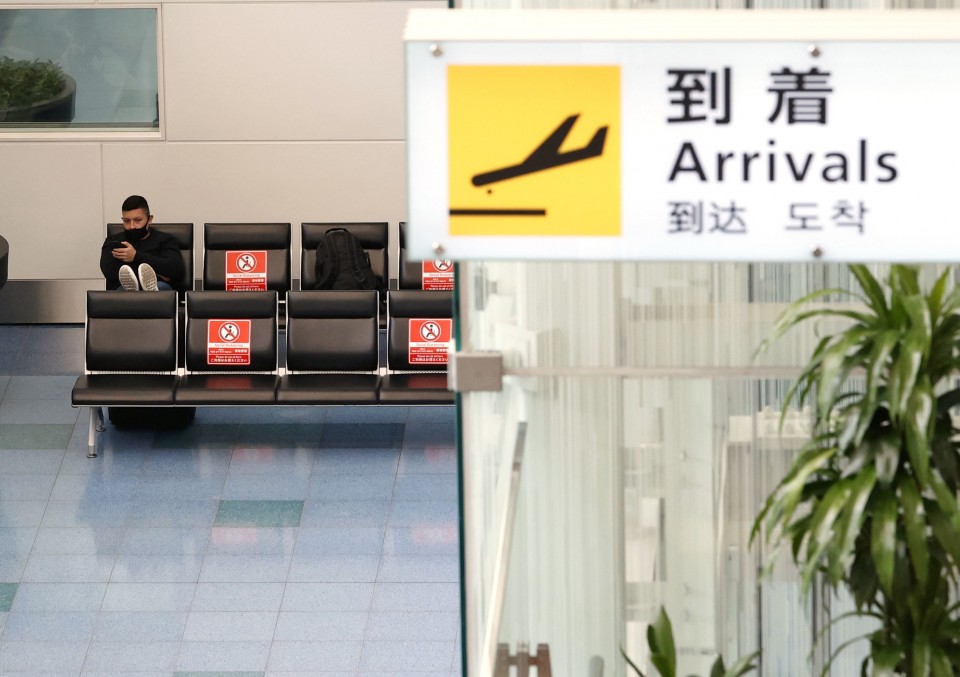 All Nippon Airways Co. and Japan Airlines Co. said on Wednesday they had stopped accepting bookings for inbound international flights to Japan under a government request to stem the spread of the Omicron variant of the novel coronavirus.

The transport ministry said it had asked airlines to stop accepting bookings for such flights until the end of December, while chief cabinet secretary Hirokazu Matsuno said Japan would refuse. entry to all foreigners from 10 African countries fearing to have epidemics of the variant.

The move comes as Japan confirmed its second case of the potentially highly contagious strain on the same day – a man in his 20s who arrived at Narita airport near Tokyo on Saturday after recently staying in Peru, Matsuno said during of a press conference.

The man, who is fully vaccinated with Pfizer Inc.’s COVID-19 vaccine, was initially asymptomatic but later developed a fever and sore throat. About 114 people who were on the same flight as the man have tested negative and are being treated as close contacts.

Japan confirmed its first case of infection involving the variant, a diplomat in his 30s traveling from Namibia a day earlier. The Peruvian man, who is currently in quarantine at a medical facility, was not in close contact with the diplomat, according to a government source.

Scientists are trying to determine whether the highly mutated strain is more transmissible than the existing Delta variant of the coronavirus or able to evade immunity to vaccines or previous infections.

The Omicron variant was first reported from South Africa last week and has been found in a number of African and European countries as well as Canada, Israel and Hong Kong.

The request from the Ministry of Land, Infrastructure, Transport and Tourism to stop taking reservations for inbound international flights means that all Japanese citizens and foreign residents will effectively be excluded from the country.

The measure will go into effect Thursday and will remain in place “for the time being,” Matsuno said. Japan has already banned new entries from foreigners from around the world.

Expats and Japanese travelers have been rocked by the sudden border restrictions, with many worried about whether they will be able to return home.

“I’m surprised the Japanese government has suddenly toughened the rules. I absolutely want to spend New Years Eve at my parents’ house,” said a 29-year-old Japanese woman working at a cafe in Vancouver, Canada, who was eager to visit. returning home for the first time in three years.

Liu Chao, 35, who was at Kansai International Airport in Osaka Prefecture to pick up his wife and daughter arriving on a flight from Hong Kong on Wednesday evening, said he understands that Japan needs the restrictions as measures against the new variant, he hopes that the government “would take into consideration the families of foreign workers”.

Waivers will be granted in “special circumstances” involving foreign spouses and children of Japanese citizens, diplomats and humanitarian cases.

But Matsuno said Japan is reducing eligibility for such exemptions as part of efforts to prevent the Omicron variant and has stopped accepting government-funded international students or exchange program participants and education in Japan.

The World Health Organization has called the strain a “variant of concern”, warning that it is likely to spread globally and poses a “very high” risk.

On Tuesday, however, the WHO spoke out against the implementation of blanket travel bans, saying they would not only be ineffective in preventing the global spread of the variant, but that they “would also pose a heavy burden. on life and livelihood “.

In addition to banning new entries from foreigners, Japan has imposed more stringent quarantine measures on Japanese citizens and foreign residents who have recently visited certain countries or regions, requiring them to spend up to 10 days of their two-week isolation periods at government-designated facilities.

Starting Thursday, people returning from Nigeria, Portugal, Spain and Sweden will be required to stay three days at government-designated facilities due to increased concerns over the Omicron variant, the Foreign Ministry said.